DJ ICE for your next Event

November 17, 2019
by Owner/Admin
in DJ Entertainment
No Comments

DJ Ice is none other than Owner and CEO Michael Parker of Coldwater, MI. Michael’s experience in the DJ field of weddings, receptions, karaoke, and life events is second to none. With a DJ career that spans nearly 40 years, Michael has been a successful DJ, Public Speaker and Announcer for Internet Radio and Podcasts, has produced Documentaries and created commercials with the voices of Ricky Ireland of Sony, Rebecca Kaufman of Verizon Wireless and Target Stores, and with National Voices and narrators from the History Channel. Michael also was a pioneer in the DJ Industry setting Branch County, Michigan on fire with his style of mixing and DJ Music. Known as “The Bebop”, named by owners Mike and Julie of the notorious “The Theatre” located in Quincy, Michigan, Michael continues his journey in Entertainment with Video Productions filming bands and concerts. It’s no shocker to see him show up at a concert of a unknown artist and start filming their concert giving the band exposure and credit for work well done.

Michael also hand picks his DJ Assistants to train in the field of DJ and gives his talent and skills to others to learn. Read why DJ Ice is one of the nation’s top Mobile DJ’s…

“As long as you are not causing other people trouble, I think you are entitled to do whatever you want to do,” DJ Ice, whose stage name is a combination of his eccentric personality , said in a recent interview. “Age never matters. I’m still doing what I want to do and I’m so blessed.”

DJ Ice talks about what makes a wedding reception a hit….

Eighty-five percent of guests need to know the song

“DJs get off on the deep cuts, but weddings aren’t the place for B-sides . Even slightly less popular songs by famous artists will fall flat, so you can’t count on Michael Jackson’s “Wanna Be Startin’ Something” to actually start nothing.”
“Songs work best when they transcend generations…”

“It can be hard to find common ground between an 8-year-old kid and an 80-year-old aunt, but these intersections are the surest of wedding sure shots. “Gold Digger” is a perfect example because it features a Ray Charles sample for the older folks and the younger crowd would enjoy the vocals from that guy who knows Kim Kardashian.”

The genre should change with nearly every song

“The last thing a wedding DJ wants to do is give guests reason to request a song. By quickly moving through genres and time periods you cast a wide net, have the best shot at maintaining a critical mass, and create a shield against complaints. Some DJs subscribe to this philosophy so adamantly that they organize their music libraries by decade.”

“The goal is to have as many people on the dance floor as possible. This becomes complicated when dealing with diverse demographics, because while a string of Motown songs might bring older couples onto the floor, they could cause you to lose the younger crowd who think Smokey Robinson is a trap producer.”

“The bride is the most important person on the dance floor”

Inviting guests up during the parents’ dances stacks the deck

“Three minutes of father/daughter dancing can seem like an eternity. A pro DJ move is to ask the bride’s permission to invite others onto the dance floor toward the end of the song. It cuts the tension, but more importantly gives the DJ a more crowded dance floor with which to get the action started.”

Opening with a fast song isn’t a good idea

“After the formal dances, it’s intuitive to start the party with a banger, but no matter what you play, no one wants to be first to a dance floor. Along the same lines of the parents’ song gambit, the pro move is to open with a slow dance to prime the floor.”

Slow songs are a reset button

“Slow songs work to freshen the crowd if a floor is losing momentum, as someone’s wife or girlfriend will always force them to dance against their will to “Unchained Melody.”

Older folks loosen up the easiest, but tire the fastest

“Going out dancing” used to mean more than just pausing between sips of vodka Red Bull. Nostalgia for sock-hops and formal dances and fully functional kneecaps aren’t as prevalent in younger generations, so a good wedding DJ understands that this older crowd is itching for a chance to cut loose like back in the day. The flip of this is that older crowds will tire out quicker, so it’s important to play to them early in the night”.

A good DJ knows the bride and groom’s favorite dance songs, but a great DJ knows their parents’ too. Pro tip: it is probably the “Cupid Shuffle.”

Watching the people who aren’t dancing is crucial

“It’s just as important to keep an eye on the wallflowers as the party animals. If there’s one demographic that’s not having fun, it’s a DJ’s responsibility to pull them onto the dance floor by any means necessary.”

“If a space is too bright, people won’t dance. This holds true in almost every DJ situation, and a wedding is no exception. You want a space to be as dark as possible, with the exception of a few rotating colored LEDs to create a sense of movement.”

“Weddings are one situation where DJs are forced to honor requests, but most suggestions tend to be self-centered and detrimental to the dance-floor as a whole. If there’s one day that’s not about you, it’s this one. So before asking for a polka or something off Tha Carter III, consider the effect that it will have on the other guests. The DJ’s primary responsibility to the bride and groom is to protect the vibe, no matter how badly the groom’s brother wants to prove that he rap “A Milli.”

There are a million tricks to dodge bad requests

“The best we heard was to send the requester to the bride for approval.”

DJs hate to play requests off your phone

“Requests are much less likely to be honored if they need to be streamed off a phone, as any self-respecting DJ is untrusting of crackly YouTube rips and LTE networks. We use JamText by Music City to take requests and post Instagram pics..”

“Most every pop song has a radio edit version with the curse words removed. Even if the bride and groom request the dirty version, it’s not worth upsetting Uncle Rick.”

Being yourself on the microphone pays off

Most people are terrified of speaking on a microphone, which makes the stereotype of the cheesey wedding DJ even more loathsome. When it’s necessary to work the mic, a little honesty and self deprecation goes a long way toward keeping a crowd on your side.

Guests notice when DJs don’t match the keys of songs

Lining up the tempos of two songs so that they transition seamlessly is DJing 101, but playing songs in complementary musical key signatures is tougher. Even if guests don’t know anything about music theory, they can tell when it sounds like someone’s slamming their hand on a piano versus playing a chord.

If a DJ is playing a song that he’s not 100% confident in, you best believe he’s got another hit ready to mix in seconds later should it flop.

A two-hour dance set should be the minimum

Depending on how much your guests like to dance and the pacing of your wedding, two hours should be the bare minimum. Anything less and even the best DJ is going to have a hard time pacing their set.

Announcing the last song is key

People want to know that it’s their last chance to get down, but more importantly it undercuts “one more song” chants. DJs hate these because the stop time isn’t up to them: most venues have time cutoffs so that the staff can pack up and head home. You’re likely also upsetting the bride and groom, because most DJs have expensive overtime clauses in their contracts.

Not every crowd likes to dance

It’s a dirty secret, but some crowds just aren’t crazy about dancing, so contrary to popular belief, not every wedding features a grandmother twirling her bra above her head to the Black Eyed Peas’ “I Gotta Feeling.”

You get what you pay for

A good DJ is like a sports car. In a wedding context, you may not be able to use all their horsepower, but what’s under the hood is still important. Skills like beat matching and deeper musical knowledge aren’t as crucial, but they’ll still make a seasoned DJ stand out from an amateur who insists on the “Chicken Dance.” instead of beat mixing your favorite country songs. 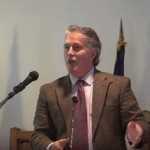 The Wedding of Fernando Nieves and Brianna Huff

The Wedding of Alvin and Diane Davis

The month of October is somewhat unpredictable in weather. There are days when you can have sunshine and warmth in late October, and then there are days close to the pattern that Michigan usually follows. It was cool and fall like in October for the wedding of Alvin and Diane Davis. The trees had just […]

March 1, 2019
by Owner/Admin
in Fashion
Lighting can be a frustrating experience for newbies to studio work because while it is one of the most important tools for creating the image, it’s not the only thing to think about and control during a photo shoot. When creating a successful fashion image, you will want to dedicate the time and effort to [...]