The Engagement of Seneca Wyse to Luke Miller

Seneca Wyse, a Hillsdale College and Postgraduate Student is pleased to announce her engagement to Luke Miller of Ann Arbor, MI. A Love story to be told…by the Bride to be…

Luke sat down at the same table as me in Saga (Hillsdale’s cafeteria). After babbling on about an internship he had over the summer I thought “I am never going to be friends with this person.” Later that week we were introducing ourselves to the track team and we were supposed to say what event other than track we watched in the Olympics. I admitted that I did not watch the Olympics and Luke thought “What a weirdo.” Well, through the next couple weeks of eating at the same lunch tables and practicing together we realized that first impressions are not always right. Love at first sight may be a myth because our love story developed over time.

After talking for a while and chickening out of kissing me a couple of times because he “did not want to get rejected by a freshman” he told me his roommates were using his apartment so we should go stargazing so we could have time to ourselves. We went stargazing and he pulled out some flowers and asked me out. The rest is history.

For our one year anniversary we went to an apple orchard. There was apple cider and donuts that Luke will tell you about before he even mentions that I was there. We went through a corn maze and picked out pumpkins in a pumpkin patch before heading home. On the way home Luke wanted to stop at a park so we walked around and then sat on a bench so he could give me my one year anniversary present.

He gave me a book titled “The Rulebook: A beginner’s guide to dating Seneca Wyse.” The book was full of pictures of me and “rules” ranging from ‘Rule 1: You require a steady influx of pancakes’ to ‘Rule 25: Hope you say Yes’ which was followed by Luke getting down on one knee.

Seneca and Luke are planning a 200+ guest wedding with Vision Pro Studios Premiere Package of Photography, Cinematography, and DJ Services, filmed on location in Wauseon, Ohio, June of 2019.

The attire is business casual.

The attire is black tie.

The attire is black tie optional 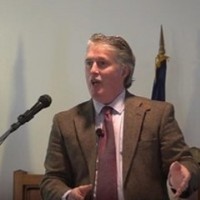 The Engagement of Brianna Huff to Fernando Nieves

The Engagement of Brianna Huff to Fernando Nieves

May 22, 2018 /0 Comments
Vision Pro Studios is pleased to announce the engagement of Brandon Chapman of Angola, Indiana, to Shannon Yunker of Angola Indiana. T ...

August 26, 2017 /0 Comments
Capturing a moment on film or photo can and will always be priceless. Let Vision Pro Studios help make that moment look and feel as if ...

Welcome to Vision Pro Studios
Learn more about who we are an what we do..
CLICK FOR MORE

Vision Pro Studios Award of Excellence for 2019 from Bark.com

Venues in the Tri State Area

My Take On Wedding Photography

The day of your wedding..from a Groom’s point of view